This release is a major version bump because I included a breaking change, though relatively minor. I strictly follow Semantic Versioning.

In this release I removed the @discardableResult declaration attribute which is a breaking change.

I did this because I came to the realization that ever since we removed the automatic constraint activation to better support Auto Layout animations we haven't needed the @discardableResult attribute. In fact when I was pairing with one of our engineers and he forgot to activate a returned constraint collection, I realized it was actually hindering users.

Therefore, I removed the @discardableResult declaration attributes. This now causes the compiler to remind you to do something with the returned constraint collection from any of the functions. Hopefully, this will help keep people from running into, "Oh crap, I forgot to activate the constaints".

Having the compiler require you to do something with the results shouldn't be a problem as you will either be.

All of which satisify the compilers requirement.

The other item included in Constraid v6.0.0 is the addition of the following methods:

Lets take the first two and look at an example of where they would come in useful. To, start lets look at the Bear app's subscriptions view. 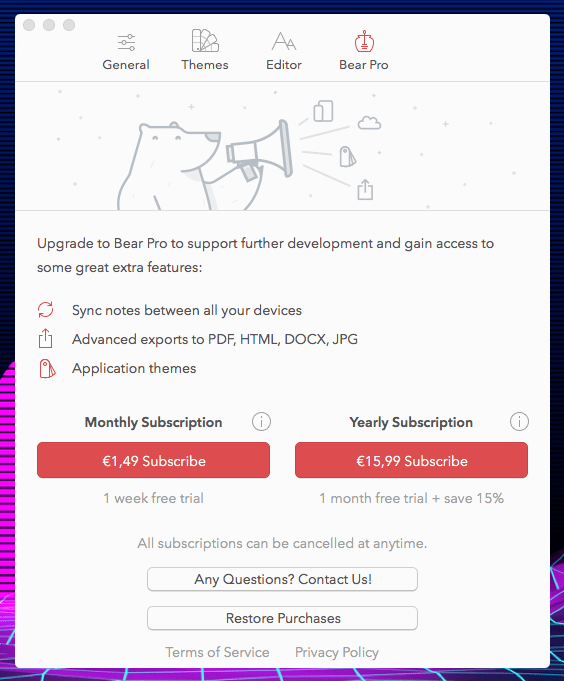 If we imagine a dashed line going down the middle of the view you can see what elements are naturally related to the center of the view. 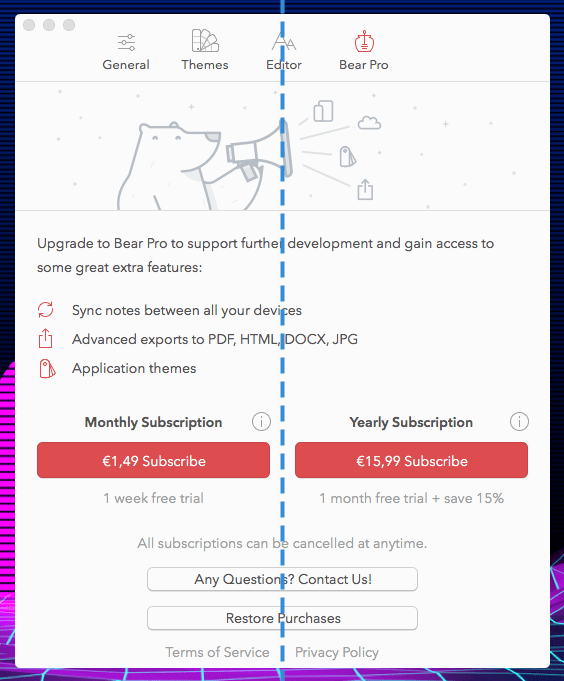 From here you can see that you could handle the subscribe buttons in a similar fashion. Or, if you wanted to do something around the vertical center you can do so using set(viewA, aboveTheCenterOf:) or set(viewA, belowTheCenterOf:).